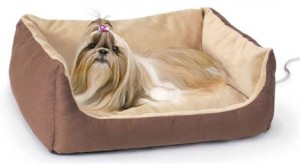 You’ve just purchased a soft and cuddly heated pet bed from CozyWinters to replace the one your dog or cat recently wore out. You’re sure your pet will eventually come to love the new bed because of its temperature controlled warming pad and three-walled design, but for now the trick is getting him to try it. Fortunately, you don’t have to call in a professional dog whisperer to solve this problem; just give the following ideas a shot instead:

Depending on your dog’s personality and preferences, it could take anywhere from a few minutes to a few days or more to get him to love his new heated pet bed from CozyWinters. But with some patience and strategic use of the tips listed here, you can help him reach that point sooner rather than later—to the benefit of both of you.