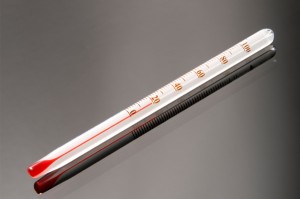 Some people take refuge in their homes at the first hint of cold temperatures or snowfall, never to emerge again until spring. But there’s plenty of fun to be had outdoors even in the winter, especially if you take care to protect yourself against the elements with battery heated clothing and similar gear.

For example, a high-quality jacket paired with heated gloves can help ward off hypothermia and other serious risks posed by extreme temperatures. Hypothermia is the condition that arises when your body loses heat at a greater rate than it produces heat, causing your internal temperature to dip to a dangerous—or even life-threatening—level.

If you plan to spend significant time outdoors this winter or if you work with children or the elderly, it would be a good idea to familiarize yourself with some of the most common signs and symptoms of hypothermia. These include:

In the elderly, the symptoms of hypothermia may manifest a bit differently—particularly if the condition is caused by factors unrelated to the outdoors (such as a poorly insulated home or cranked up air conditioning).  In these situations be on the lookout for:

And in the case of infants, get ready to take action if you notice bright red skin that is cold to the touch or if the child exhibits very low energy levels.

If left untreated, hypothermia can lead to frostbite, gangrene, trench foot, chilblains, or worse. Being able to recognize the signs and symptoms of this condition is one way to avoid disaster; being prepared for the elements with new battery heated clothing and cold weather gear from CozyWinters.com is another, so check out our site today.